It would be hard to claim this was a tough one. It was a long drive from Lisbon, via Covilha, if that helps.

The original plan was to stay in a hotel on the sides of the mountain, then hike to the peak. Plan B was to bring my road bike, stay in Covilha and cycle up, then glide effortlessly down again. Work got in the way, which meant I had fewer days in Portugal. The hiking, according to the infallible internet, did not sound greatly appealing, and in the end, given the reduced time, I just drove to the summit, which was probably for the best given the conditions…

It’s fair to say the road up is winding. Small, and winding. It was a warm, clear day as I started the drive from the bottom, taking the south-easterly approach. By midway I stopped to take in the view at a turnout. 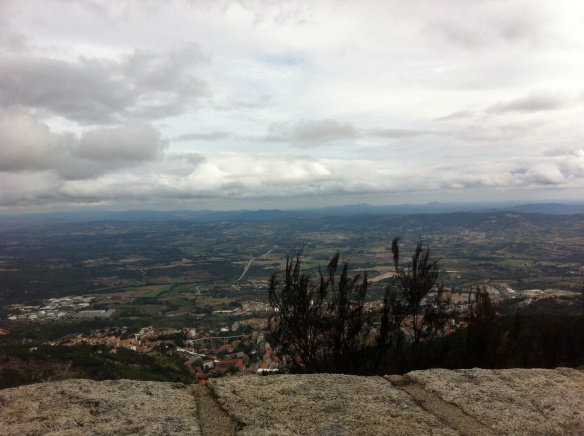 View on the way up

Once at the summit car park, I could barely see the gift shop through the cloud, and could barely make out the intriguingly shaped installations. 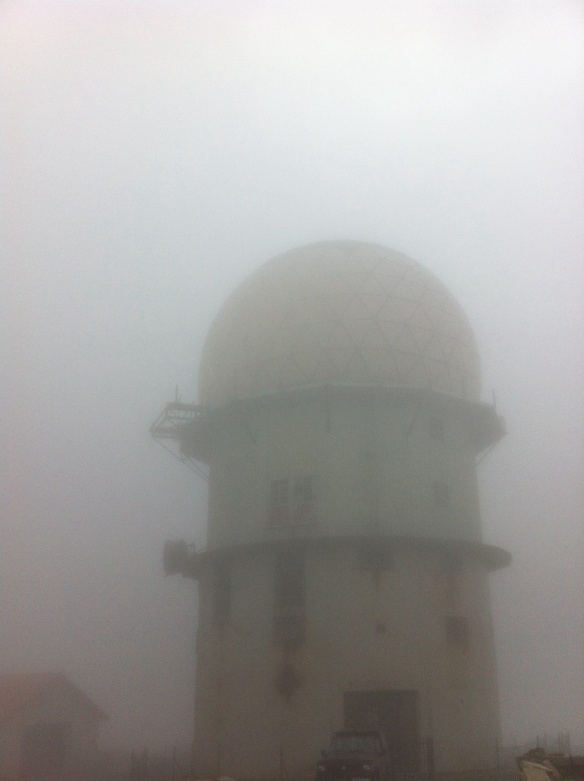 There is a 7 meter tower – built to reach a collective height of 2000 meters; it was easier getting up 1993 meters than the final 7… Inside the tower was a gent behind a desk who was, evidently, the bouncer, whose job was to stop people climbing the steps inside the tower to the top. I’m not sure the Portuguese for “Are those training shoes?”, but I ended up walking away, never to experience the delights of Portuguese clouds at 2000 meters.

The gift shop was far more welcoming. Outside were three guys who had successfully cycled up. They were in good spirits, and far leaner than is really necessary. We shared knowing nods and smiles as they took off. The gift shop was full of stuff, the provision of free cheese samples was, as always, a winner. Fortified with mountain coffee and a very tasty jamon sarnie, I waved fond farewells to Serra da Estrela, and it’s cheesy goodness, returned to the car, and headed back to Lisbon. 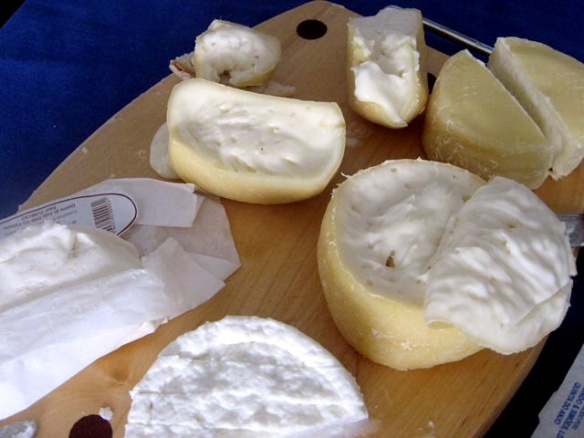